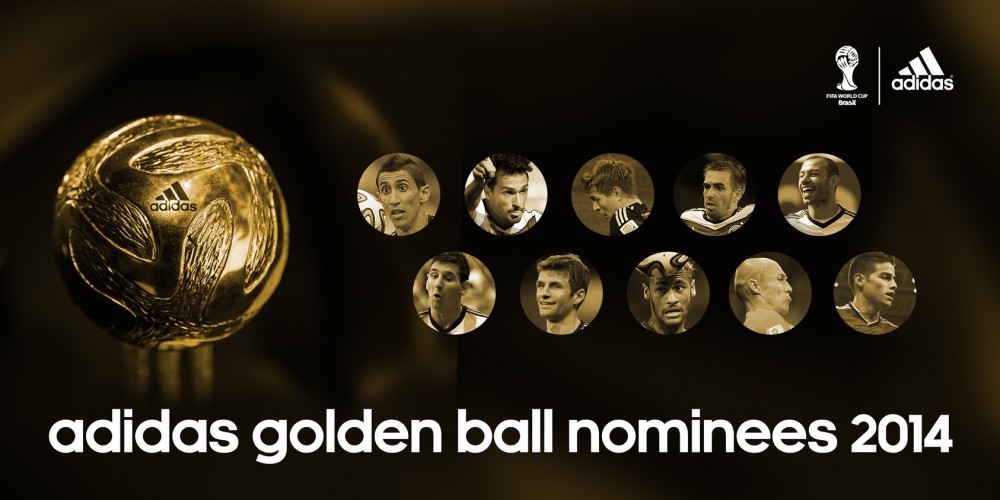 Following on from his fantastic season with Real Madrid, Di Maria has become a key figure in the Argentina team. In his new midfield role, he has attacked with pace and has had 21 shots on target. He scored the decisive last minute winner against Switzerland to prevent penalties.

Hummels has been one of the best central defenders of the FIFA World Cup, displaying strength and speed and forming a formidable partnership with Jerome Boateng. He scored the decisive goal in the 1-0 quarter-final victory over France, and has been described as a ‘German Machine’.

Kroos has proved he is one of the best midfielders in the world here in Brazil. He operates the engine room for the Germans, dictating play with an 85% pass completion rate, assisting four goals as well as scoring two in their amazing semi-final victory.

Arguably the most consistent defender in world football, Lahm has been used in his traditional right back role as well as central midfield. He has been essential to Germany keeping three clean sheets, playing every minute of their FIFA World Cup campaign. He has been productive in attack too, providing two assists.

Mascherano has anchored the Argentinian midfield with real class during the tournament and won his 100th cap in Brazil. He has played over 600 minutes, and completed 478 passes, the most of any player. His last ditch tackle against Arjen Robben in the semi-final demonstrated just how instrumental he has been in Argentina’s passage to the final.

Continuing his sparkling form, Messi has won four Man of the Match awards, scored four goals and assisted Angel Di Maria’s winner against Switzerland. He has produced when the pressure has really been on, leading Argentina into the Final and affirming his status as a legend of the game.

Müller had a sensational FIFA World Cup in 2010 and has been just as good this time round with five goals and three assists. He scored a fantastic hat-trick against Portugal, as well as goals against the USA and Brazil. His versatility is vital for Germany and has given defenders nightmares.

Up to his injury, Brazil’s golden-boy had a great tournament, helping Brazil out of the group and all the way to the semi-finals. Cool in front of goal with a wide range of skills, he has lived up to his reputation.

Flying down the wings, Robben excelled as The Netherlands made it into the semi-finals and scored three important goals. He set the record for the fastest dribble speed on the pitch and has produced the most solo runs into the opposition area with 17. Robben was instrumental his team’s stunning opening performance against Spain.

Arguably the revelation of the FIFA World Cup, Rodriguez dazzled defences and crowds with his skill, eye for a pass and fearsome shots. He scored six goals, including one of the goals of the tournament against Uruguay, to take Colombia through to the quarter-finals. 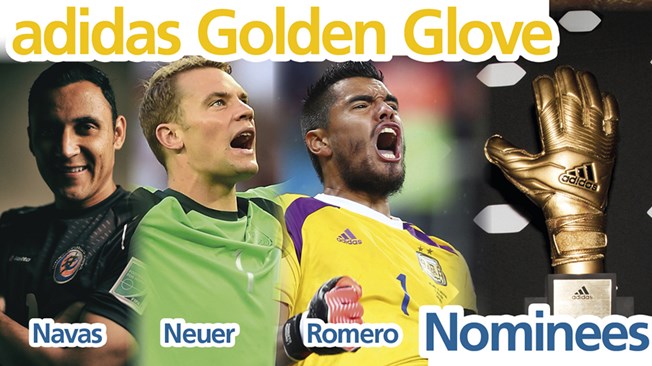 The Levante stopper was arguably Costa Rica’s best player at Brazil 2014, including a match-winning display in the Round of 16 tie against Greece. Making 21 saves in Los Ticos’ five games, he was awarded the Budweiser Man of the Match Award on three occasions. At 26-years-old the best years of his career are firmly ahead of him.

The Germany keeper has played in all of the Nationalelf’s six games so far, making 25 saves and completing 202 passes. He’s kept three clean sheets and been a commanding presence for Joachim Low’s side so far. After winning a host of domestic honours, the UEFA Champions League and the FIFA Club World Cup, the FIFA World Cup and the Golden Glove is now in his sights.

Penalty shoot-out saves from Ron Vlaar and Wesley Sneidjer sent La Albiceleste into the final, capping a fine tournament for the 27-year-old so far. The Monaco keeper has kept four clean sheets, making 15 saves in Brazil 2014 so far. Brought into international football by Diego Maradona, he has been Argentina’s first choice keeper for five years. 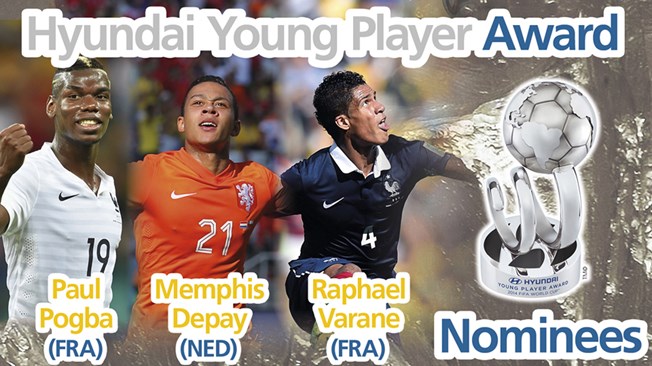 Fresh from an excellent season with PSV Eindhoven, Memphis Depay has confirmed his growing reputation at Brazil 2014. After coming off the bench during the Netherlands’ second match with Australia, the Moordrecht native made a crucial impact, netting a goal and setting up another; in doing so, he became the most youthful Dutch goalscorer in World Cup history. He then got on the scoresheet once more as the Oranje defeated Chile in their third and final group game. Pacey, unselfish and clinical in front of goal, Depay was again used as an impact substitute versus Mexico, before becoming the youngest Dutchman to begin a World Cup encounter since 1938 against Costa Rica in the quarter-finals, completing his journey from rising star to established starter in the process.

Although he is still only 21 years of age, Paul Pogba is already one of France’s key players. The Juventus star gained his first taste of international success last year at the FIFA U-20 World Cup in Turkey, where his skills and subtlety of touch helped Les Bleuets to emerge victorious from the competition and enabled him to earn the adidas Golden Ball award. In Brazil, the energetic midfielder showed the full array of his talents, including an opening goal in Les Bleus’ Round-of-16 clash with Nigeria. Having firmly established himself in the side, Pogba is likely to be one of the first names on France’s teamsheet for many years to come.

Absent from the 2013 U-20 World Cup due to injury, Raphael Varane nevertheless enjoyed a successful club season in Spain and on the continental stage. The Real Madrid player confirmed his wunderkind status at Brazil 2014, where he performed admirably at centre-back in a French defence that conceded just three goals in the tournament. Composed on the ball, quick and aggressive in the challenge, and accurate when passing from the back, the imposing 21-year-old is the epitome of the modern defender. While many fans in Europe were already aware of Varane’s potential, the World Cup has provided a platform for him to prove it to the entire planet.